Value Corp. are the makers of such hit games as Half Life and Portal. They are giants in digital distribution of PC games where piracy is a huge challenge.   Gabe Newell, the co-founder of Value, gave some off the cuff remarks about experiments they conducted with pricing using the companies Steam distribution system.  The Steam system has more than 35 million users.

The piracy of games is a huge challenge and they solved it by being better than the pirates.  They release their games localized for different markets at the same time. 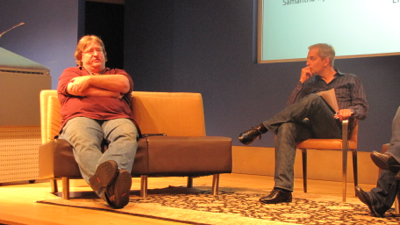 The easiest way to stop piracy is not by putting antipiracy technology to work. It’s by giving those people a service that’s better than what they’re receiving from the pirates.

Read the article, How Valve experiments with the economics of video games – GeekWire, October 23, 2011 by Todd Bishop.  Do you think this would work for other digital assets?